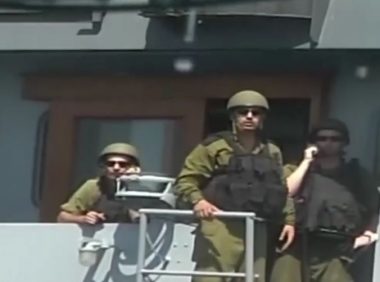 Israeli soldiers attacked, on Friday evening, several Palestinian fishing boats with live fire, in Gaza territorial waters, forcing the fishermen to return to the shore in fear of further violations.

Eyewitnesses said the navy ships attacked the fishing boats near the shore of the Sudaniyya area, northwest of Gaza city.

The attack is part of ongoing violations against the Palestinian fishermen, in addition to the farmers and workers on their lands near the perimeter fence across the eastern parts of the coastal region.

Also on Friday, Israeli soldiers killed one Palestinian, identified as Abdullah Jom’a Abdul-‘Al, 24, and injured thirty others, including four children, and one medic, who suffered a head injury, during the Great Return March processions in the Gaza Strip.