Army Injures A Child, Abducts A Young Man, Near Ramallah 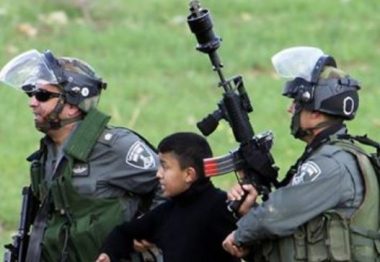 Israeli soldiers invaded, on Thursday evening, the village of Nabi Saleh, northwest of the central West Bank city of Ramallah, shot and injured one child and abducted a young man.

They added that one child was shot with rubber-coated bullets in the lower part of his body, and was moved to a nearby hospital.

Furthermore, the soldiers abducted a young man, and took him to an unknown destination.

In related news, the soldiers closed a military roadblock near Ya’bad town, southwest of the northern West Bank city of Jenin, for more than four hours, reportedly after local youths hurled stones at them.

The soldiers then detained two children while walking nearby, and held them for several hours.