Army Injures A Palestinian In Nablus 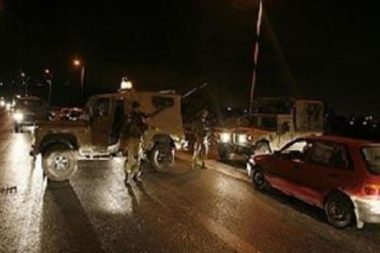 Several Israeli military jeeps invaded, on Wednesday at dawn, the Askar al-Jadeed refugee camp, east of the northern West Bank city of Nablus, and clashed with local youths before wounding one Palestinian with an expanding bullet.

Medical sources in Nablus said the soldiers shot a young man with a Toto expanding bullet, which detonates upon impact, and that the wounded Palestinian was instantly moved to a local hospital for treatment.