Army Injures A Palestinian Near Nablus 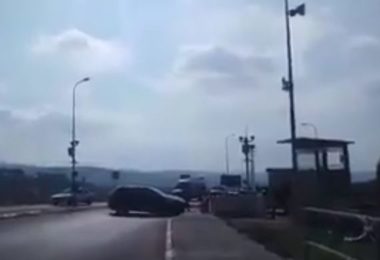 Media sources said the soldiers opened fire at the car of Rad Omar Thiab, 35, from Kafr Qalil village, south of Nablus, and injured him.

In a brief statement, the Israeli army claimed that the driver “attempted to ram soldiers with his car at a bus stop.”

The Palestinian was injured and detained by the soldiers, who briefly closed the military roadblock in both directions.