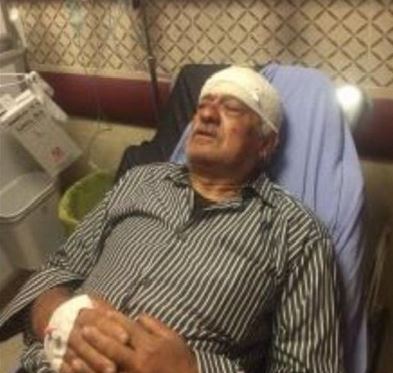 A number of extremist illegal Israeli colonialist settlers attacked and injured, Wednesday, an elderly Palestinian man while herding his sheep in Burqa village, north of Nablus, in the northern part of the occupied West Bank.

Daghlas added that Palestinian medics were called to the scene and rushed the unconscious man to Rafidia hospital, in Nablus. Abu Hussein is currently in a stable condition.

It is worth mentioning that the illegal colonists also attacked many Palestinian cars on the main Nablus-Jenin road.