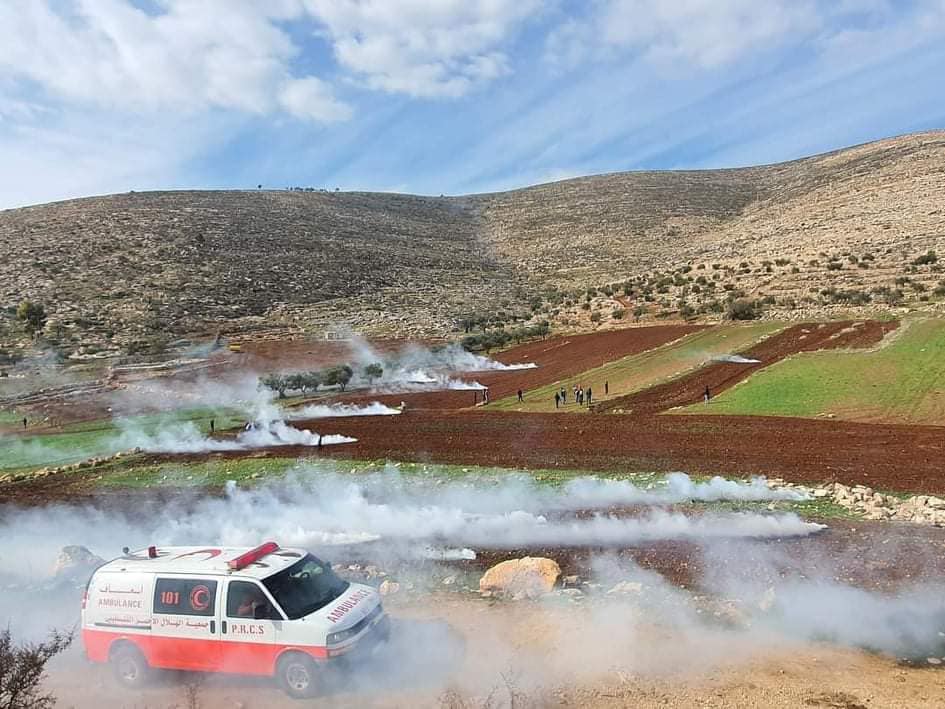 In Beita town, Ahmed Jibril, the director of emergency department at the Palestinian Red Crescent Society in Nablus stated that, “a citizen was wounded by live bullets in the leg and was taken to hospital, while 7 others suffered from tear gas suffocation.”

The army fired live and rubber-coated steel rounds, concussion grenades and tear gas canisters at the demonstrators who gathered to express their rejection to the ongoing colonization of the West Bank by illegal Israeli settlers.

In a press statement, Jibril added that, “44 civilians suffocated during clashes that took place in the village of Beit Dajan.”

In related news, Israeli forces attacked, on Friday, demonstrators at the weekly non-violent march in Kufur Qaddoum village, east of Qalqilia in the northern occupied West Bank, shooting 5 protestors, including a child, with rubber-coated steel rounds, and causing others to suffocate on tear gas.