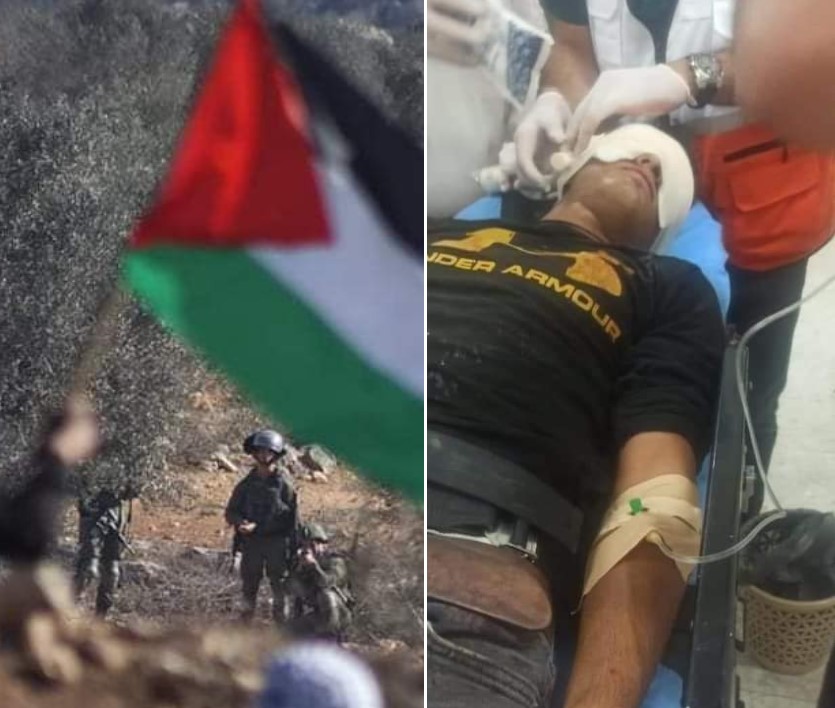 Israeli forces attacked, on Friday, Palestinian civilians in Beita town, southeast of Nablus city in the northern part of the West Bank, injuring dozens, including a young man who was shot in the eye, according to local sources.

For weeks now, Palestinian youths have gathered to express their opposition to Israel’s ongoing unlawful settlement expansion across the occupied West Bank.

Medical sources have confirmed that the wounded young man, Fayez Hamed Hamayel, lost his right eye, and is receiving treatment at the Najah Hospital in Nablus.

He was waving a Palestinian flag when the soldiers shot him.

In addition, at least five civilians were injured by Israeli forces, in Beita town and nearby Beit Dajan, in addition to 55 cases of teargas inhalation, according to the Palestinian News and Information Agency (WAFA).

Bulldozers were seen leveling roads leading to Mount Sbeih, in an attempt to stop the protesters from reaching the weekly demonstrations, according to the Wall and Settlement Resistance Commission.