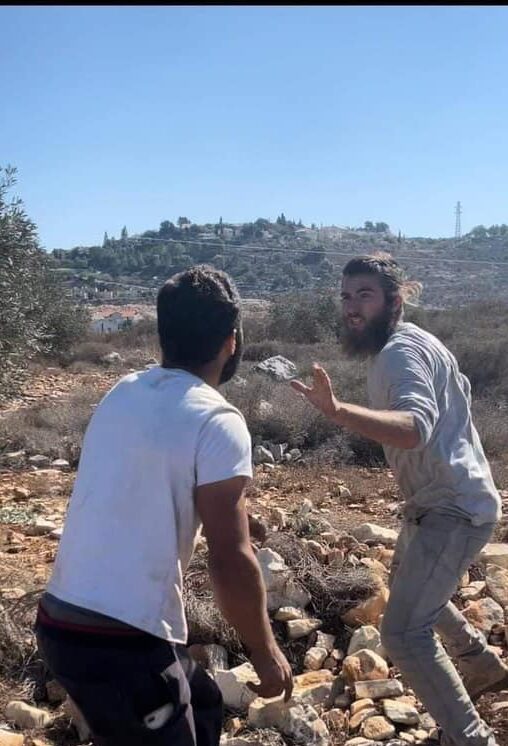 Israeli forces and settlers attacked, on Friday, the weekly anti-settlement procession in Kufur Qaddoum village, in rejection of the illegal colonial schemes by the Israeli occupation, a local official reported.

Morad Eshteiwi, the media spokesman and coordinator of the popular resistance in the village, stated that during the march, calls rang out from the loudspeakers of local mosques warning villagers that settlers from the nearby Kedumin settlement were attempting to steal the olive harvest from Palestinian farmers.

Eshteiwi added that hundreds of local youths were successful in confronting the settlers and forcing them away from the orchard, while the Israeli army provided security for the attacking settlers, and not the Palestinian farmers who were under attack.

A Palestine TV correspondent, identified as Ahmad Shawar, suffered a fall and broke his leg after soldiers threw a sound bomb at him, during his coverage of the ensuing confrontations between colonists and locals.

Shawar was transferred to Darwish Nazzal Hospital for medical intervention, no other injuries were reported.

The army opened fire at the Palestinian protesters, who responded by using slingshots to hurl stones at the heavily armed occupation soldiers.