Ministry of Health: Soldiers Kill a Palestinian Child Near Nablus 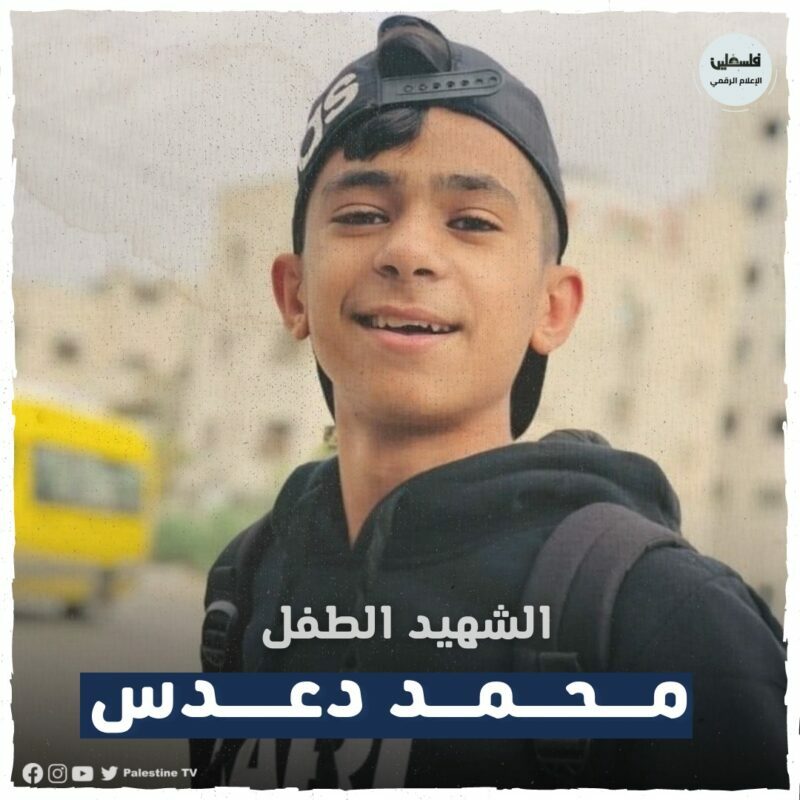 The Palestinian Ministry of Health announced, on Friday, the death of child after he was shot in the abdomen by an Israeli soldier in Deir al-Hatab village, east of Nablus in the northern occupied West Bank.

The army shot the child, identified as Mohammad Da’das, 13, in the abdomen with live ammunition during confrontations between Palestinian villagers and Israeli soldiers.

The child, from the New Askar refugee camp was immediately rushed to Rafidia Hospital in critical condition, where he was found to be in cardiac arrest.

Medical staff attempted to resuscitate him, with no success, doctors pronounced the child’s death shortly afterward.