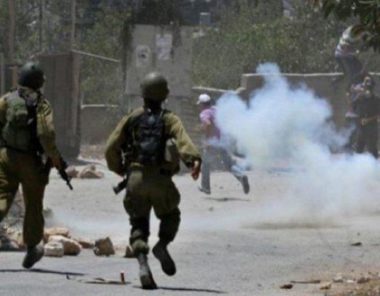 Israeli soldiers invaded, Sunday, the town of Sebastia, north of the northern West Bank city of Nablus, and caused dozens of schoolchildren to suffer the effects of teargas inhalation.

Mohammad Azem, the Mayor of Sebastia, said the soldiers invaded the Schools Street in the town, and fired many gas bombs at the students who were heading to their education facilities.

Azem added that dozens of children suffered the effects of teargas inhalation, and received the needed treatment.

It is worth mentioning that the soldiers repeatedly invade the town, especially while the students are heading to school or returning to their homes, an issue which caused tension and protests.

In related news, the soldiers abducted a Palestinian Shepherd in Ein al-Hilwa area, in the Northern Plains of the occupied West Bank.

On Sunday morning, the soldiers abducted three Palestinian children from their homes in Jerusalem and Hebron, in the occupied West Bank.