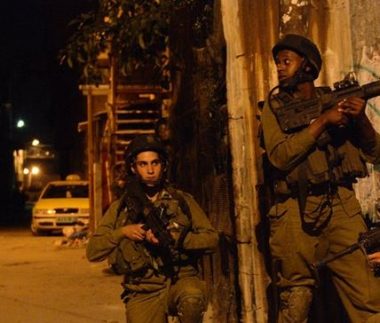 Israeli soldiers injured, on Monday evening, five Palestinians in Beit Ummar town, north of the southern West Bank city of Hebron, and abducted four others in Safa area, northwest of the city.

They added that the soldiers shot one Palestinian with live fire, and four others with rubber-coated steel bullets.

In related news, the soldiers installed a military roadblock at the entrance of Deir Abu Mashal town, northwest of the central West Bank city of Ramallah, and detained a young man.

The soldiers also installed several roadblocks near the villages of Burin, Madama and Aseera al-Qibliyya, south of the northern West Bank city of Nablus, before stopping and searching dozens of cars, and interrogated many Palestinians while inspecting their ID cards.