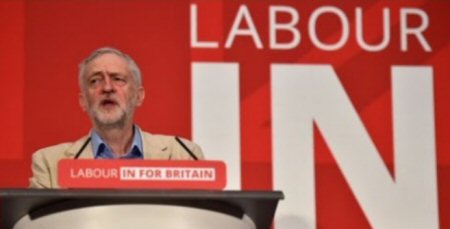 Frontrunner for England’s Prime Minister spot Jeremy Corbyn has been at the center of controversy over his criticism of the state of Israel, specifically for refusing to adopt certain provisions of a new definition of Anti-Semitism that extends to what he sees as genuine criticism over Israel’s policies.

This debate is centered around an idea known as the ‘New Anti-Semitism’, purporting that criticism of Israel and even criticism of imperialism, in its broadest terms, can be used to demonize the Jewish people as a whole.

Many people such as Jeremy Corbyn see New Anti-Semitism as a means of chilling dissent over policy that disenfranchises Palestinians or dissent by accusing strategic allies to Israel of being accessories to the military occupation against the Palestinian people.

This criticism of New Anti-Semitism has been staunchly fought by leading members of Jewish communities around the world who say that Jews have the same right as everyone else to sovereignty and that the existence of Israel is not a racist act.

Governments that have accepted the New Anti-Semitism stance have found pressure to condemn genuine criticism of Israel as hate-speech. In England, the annual Israel Apartheid Week has been condemned, by lobbyists and affiliated MPs, as hate speech, under the IHRA’s new definition of Anti-Semitism.

“Our government was one of the first to adopt the IHRA definition of anti-Semitism,” said British MP Matthew Offord. “However, university vice-chancellors across the UK are simply ignoring its provisions. They are allowing Israel Apartheid Week events to take place in campuses that are funded by taxpayers and that is not only unacceptable, it breaches both the PSED and the IHRA definition of anti-Semitism.”

Many see another factor of influence at play in the flack against Jeremy Corbyn. Much like the American Gun Lobby, Israeli corporations have a Pro-Israel Lobby that can pressure political candidates when they are outspoken critics of Israel’s practices.

By creating political pressure against Jeremy Corbyn, members of the Pro-Israel Lobby and other groups can dissuade political action against Israeli injustices, such as the annexation of land in the occupied West Bank.

The Pro-Israel Lobby in the UK is in a unique position that allows them to avoid disclosing their donor base, making it difficult to understand who is holding the greatest stakes in the Israeli-Palestinian Conflict.

According to the PNN, the New Arab reported a call for greater transparency within the Israeli Lobbying organizations. But, until that comes, we can only wonder whether Jeremy Corbyn’s supporters will be able to decide based on media coverage like Al Jazeera’s investigation of the Israeli Lobby in the UK, instead of blanket accusations of Anti-Semitism by other media outlets.