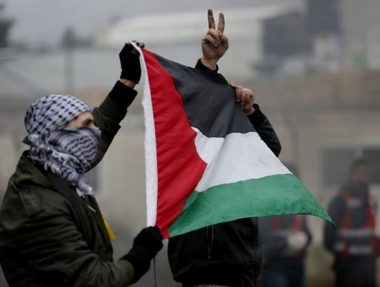 The soldiers attacked dozens of Palestinian protesters who marched at the northern entrance of the town, and fired live rounds, rubber-coated steel bullets and gas bombs at them.

Medical sources said the soldiers shot a young man with two live rounds in his legs, before he was rushed to Ramallah governmental hospital.

They added that three Palestinians were shot with rubber-coated steel bullets, and scores suffered the effects of teargas inhalation, especially since the soldiers fired a barrage of gas bombs into a large area.

In related news, the army claimed its soldiers arrested a Palestinian after he reportedly “tried to ram soldiers with his car” south of Hebron, in the southern part of the occupied West Bank.

In addition, the soldiers abducted a former political prisoner, identified as Ahmad Rashad Issa, in the al-Khader town, south of Bethlehem.