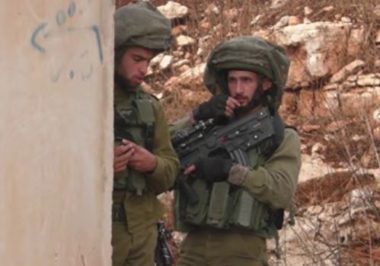 Medical sources said many Palestinians and international suffered the effects of teargas inhalation and received the needed treatment.

The soldiers invaded the town and fired a barrage of gas bombs on the protesters, in addition to chasing many young men.

The Popular Committee against the Annexation Wall and Colonies in Kufur Qaddoum said the soldiers also fired gas bombs and rubber-coated steel bullets at many young men, who hurled stones at them after the army invaded the town and attacked the procession.

It added that the soldiers stormed a home, and tried to use it to ambush the protesters, but their hideout was discovered, and the soldiers fled the scene.