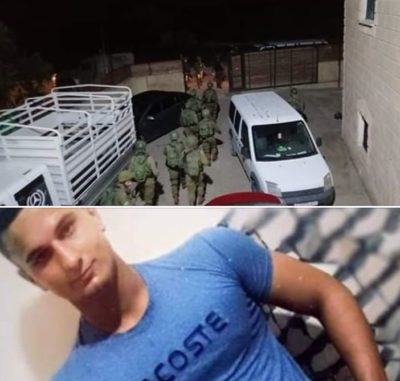 Undercover Israeli soldiers broke into a Palestinian home, on Friday at dawn, in Beit Liqya village, west of the central West Bank city of Ramallah, and kidnapped a Palestinian teenage boy.

The family said the undercover soldiers stormed their home, pointing the guns at them, before many uniformed soldiers surrounding the property and invaded it.

They added that the soldiers forced them in one room, and kidnapped Ahmad Saleh Bader, 17, before placing him in one of their vehicles, and drove away.

Also at dawn, the soldiers abducted a former political prisoner from the al-Jalazoun refugee camp, north of Ramallah,, identified as Abdullah Jamal Mubarak, 34, who was only released just a few months ago, after serving many months under the arbitrary Administrative Detention orders, without charges.