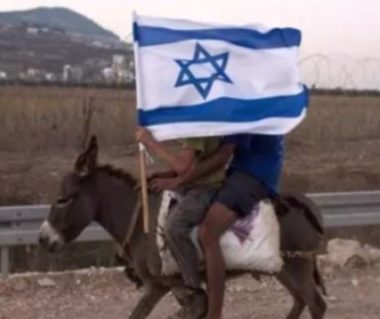 Eyewitnesses said the Israeli assailants came from Taffuh illegal colony, which was built on Palestinian lands, owned by Yasuf villagers.

They added that the colonists stole a donkey, in addition to blankets and olive picking tools, owned by a local farmer, identified as Jabr Abdul-Hamid Bayer.

The attack in that area is one of the dozens of violations carried out by the colonists against the Palestinians, who are just trying to enter their lands isolated behind the illegal Annexation Wall, especially those adjacent to the Ariel colony, east of west of Salfit.

Such attacks, including those carried out by soldiers, take place in various areas across the occupied West Bank, always escalate during the olive harvest season, and include cutting, burning and uprooting trees, picking olive trees and stealing the produce, in addition to assaulting the Palestinians and forcing them out of their orchards.

The orchards were this attack took place are isolated behind the illegal Annexation Wall, while the Palestinians have to obtain permits from the army to enter their own lands, and are forced to wait until the soldiers open the gate for them, and sometimes the soldiers do not open it at all, or force them to wait for longer periods.