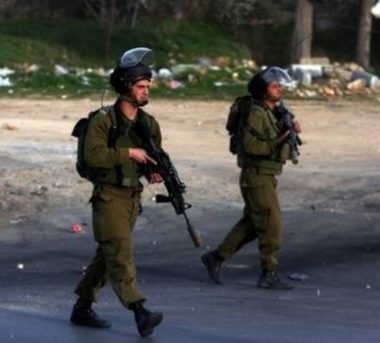 He added that the students, and dozens of villagers, confronted the settlers and tried to force them out of the village, before many Israeli soldiers invaded Orif, and started firing live rounds, rubber-coated steel bullets and gas bombs at them.

One Palestinian, identified as Ahmad Yousef Safadi, 35, was shot with a live round in the thigh, before he was rushed to a local hospital.

In addition, five Palestinians were shot with rubber-coated steel bullets, and many others suffered the effects of teargas inhalation.

The school administration then decided to close the school for the day, and to send the students back to their homes, in fear of further invasions and violations.