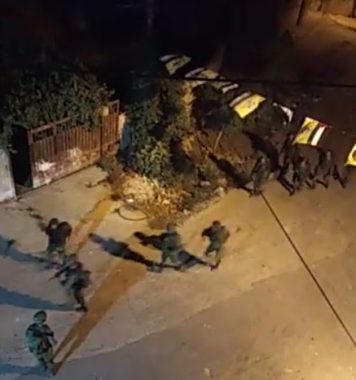 Morad Eshteiwi, the media coordinator of the Popular Committee against the Annexation Wall and colonies in Kufur Qaddoum, said the soldiers invaded his home and removed a Palestinian flag, hanging on its rooftop.

He added that many youngsters protested the invasion, while the soldiers extensively fired gas bombs, concussion grenades and rubber-coated steel bullets, causing many Palestinians to suffer the effects of teargas inhalation.