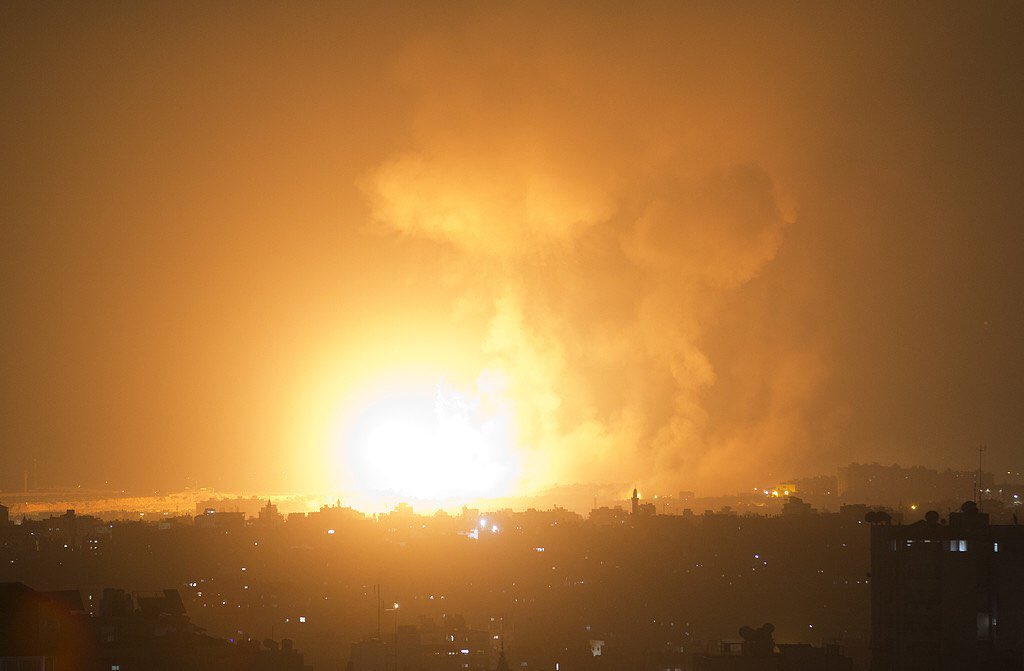 Despite the killing of a pregnant woman and her baby by an Israeli airstrike on their home Wednesday night, Israeli officials issued a statement later that night saying that they planned to continue the current escalation in Gaza with no end in sight.

The Israeli military, one of the most powerful armies on the planet, launched a full-scale military assault on the besieged coastal Strip Wednesday night, dropping at least 140 bombs, according to the Israeli military spokesperson. The Palestinian population of Gaza, which includes more than one million children in its total population of two million, has no military.

The ad hoc resistance groups that sprung up in recent years in Gaza to counter the Israeli military occupation of Palestinian land fired dozens of shells across the Israeli-militarized border in response. Israelis living in the town of Sderot, constructed provocatively close to the Gaza-Israel border, rushed to underground shelters. Nine were lightly injured.

In addition to the mother, daughter and unborn baby that were killed Wednesday, Israeli forces also wounded more than a dozen Palestinians by dropping bombs from drones and planes. Several were wounded seriously and taken to intensive care units at the hospital.

Bombing in my neighborhood -From my window. #Gaza #غزة pic.twitter.com/tVSx8LC7oJ

Screaming and crying you can hear when the Israeli warplanes attacked a place near the #Gaza beach.#GazaUnderAttack #IsraeliCrimes #Icc4Israel pic.twitter.com/Bb97sWp9UJ