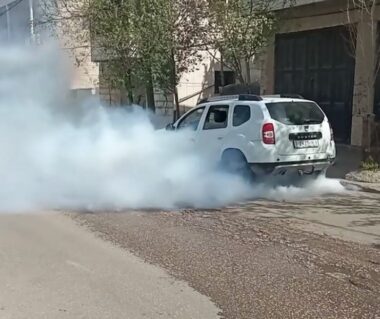 Awad added that the soldiers fired many gas bombs at residents in the streets to force them away, in addition to several surrounding homes, causing scores of Palestinians to suffer the effects of tear gas inhalation.

It is worth mentioning that the soldiers frequently invade Beit Ummar, in addition to assaulting farmers on their lands.

The town, and its surrounding areas, are also subject to repeated violations by the illegal colonialist settlers who target the farmers and their lands, and the shepherds, in an attempt to illegally annex their lands.