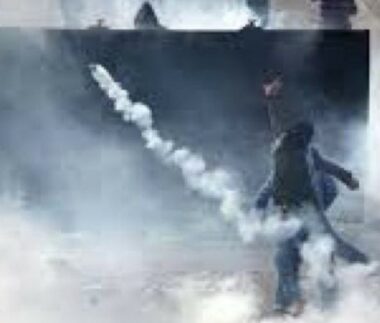 Israeli soldiers injured, on Sunday evening, many Palestinians in Rommana village, west of Jenin, in the northern part of the occupied West Bank.

They added that many Palestinians, including those in their homes, suffered the effects of tear gas inhalation, and others sustained cuts and bruises.

In addition, the soldiers installed a military roadblock on the main road in the town, near UNRWA schools, before stopping and searching dozens of cars and interrogated many Palestinians while inspecting their ID cards.

It is worth mentioning that, on Sunday at night, the soldiers killed Jamil Mohammad al-Kayyal, 31, after shooting him with a live round in the head, and injured two Palestinians, after the army invaded Nablus city, in the northern part of the occupied West Bank.