Army Injures One Palestinian Near Ramallah, Causes Fire To Farmlands And A Car 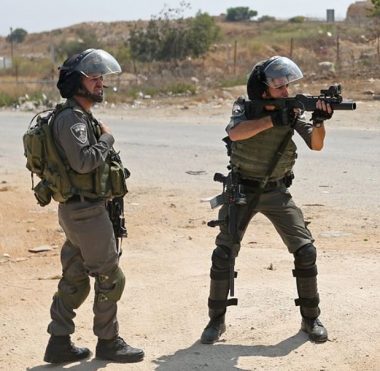 Israeli soldiers shot and injured, on Sunday evening, a Palestinian man after the army invaded al-Mogheer village, northeast of Ramallah, and fired many gas bombs and concussion grenades, causing fires in a car and three dunams of farmlands.

Medical sources said one Palestinian was shot with a live Israeli bullet, before he was rushed to a hospital in Ramallah, while many residents suffered the severe effects of teargas inhalation.

Furthermore, at least three dunams of farmland, and a car owned by a Palestinian identified as Osama Abu Alia, were burnt due to the dozens of gas bombs and concussion grenades that were fired by the invading soldiers.