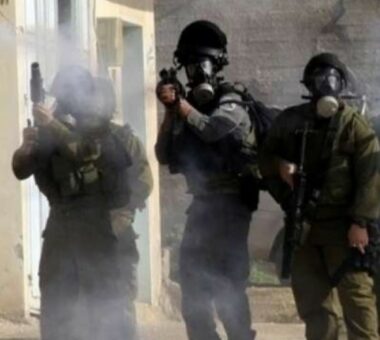 They added that several Palestinians, including those in their homes, suffered the effects of tear gas inhalation.

Furthermore, the soldiers installed several roadblocks near a local park at the main entrance of Jenin city, in addition to the area of the Arab American University, before stopping and searching dozens of cars, and interrogated many Palestinians while inspecting their ID cards.

In related news, Israeli colonizers attacked a car repair facility at the main entrance of Bazaria town, west of the northern West Bank city of Nablus before the locals managed to force them away.