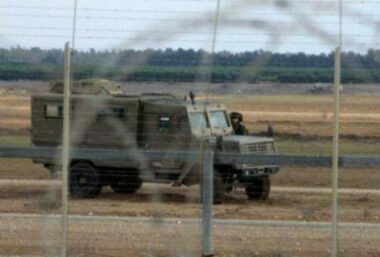 Eyewitnesses said the soldiers, stationed across the perimeter fence, fired several live rounds at the shepherds, on Palestinian lands near the fence, forcing them to leave.