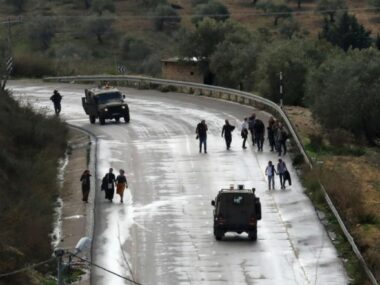 Daghlas added that the Palestinians in the facility and those who were nearby intercepted the assailants and forced them to leave.

The official stated that the area between Burqa and Bazaria towns has been witnessing seriously escalating violations by the colonizers who attack the residents and their property.

In related news, Israeli soldiers invaded the Ein al-Fares area, south of Doura city near the southern West Bank city of Hebron, and confiscated a bulldozer, owned by a farmer who was working on his land.

The farmer, Nabil Sharha, stated he owns a 70-Dunam land in the area and has been recently facing various Israeli violations, including being prevented from entering his land.