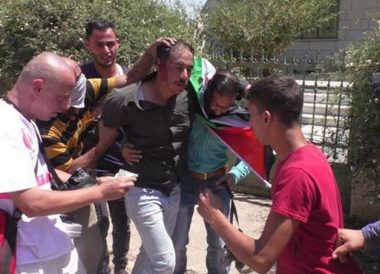 Morad Eshteiwy, the media coordinator of the Popular Committee against the Annexation Wall and Colonies in Kufur Qaddoum, said the soldiers resorted to the excessive use of force and fired dozens of rubber-coated steel bullets, gas bombs and concussion grenades. 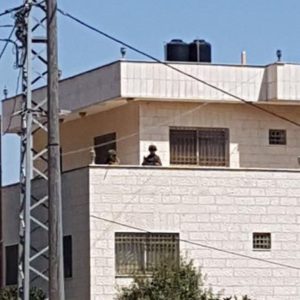 Eshteiwy added that six Palestinians, and a woman from Korea, were shot with rubber-coated steel bullets, and that one of the wounded Palestinians was shot in the head, before he was moved to Rafidia hospital.

The protest this week also marks the sixth anniversary of ongoing popular resistance against the illegal Israeli Annexation Wall and Colonies.

The soldiers also invaded and ransacked homes, and used their balconies and rooftops to fire on the protesters.