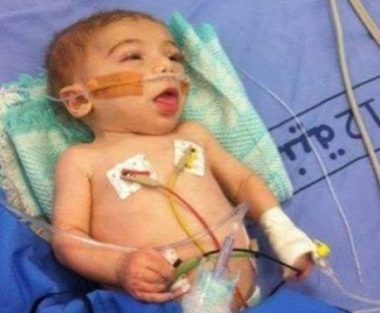 Palestinian medical sources have confirmed, Friday, that a toddler from ‘Aboud village, northwest of Ramallah in central West Bank, died from wounds he suffered near two months ago, after Israeli soldiers invaded the village and fired gas bombs, causing him to suffer the severe effects of teargas inhalation.

Local sources in Aboud said the soldiers invaded the village and attacked Palestinian protesters, before firing dozens of gas bombs at them and many homes, causing many residents to suffer the severe effects of teargas inhalation.

The toddler was moved to a Palestinian hospital in Ramallah, before the Health Ministry could arrange his transfer to Hadassah, due to the seriousness of his condition.

Volunteers with the Palestinian Civil Defense said they rushed to the toddler’s home when he was injured, but could not drive to the property after the soldiers stopped their ambulance, an issue that forced them to run towards the home and carry the child all the way back to the ambulance.