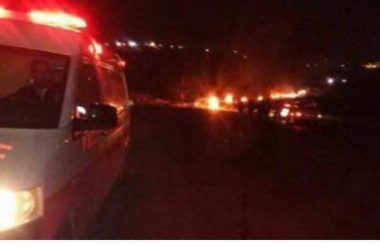 Monther Nazzal, the head of the Emergency Unit in Qalqilia, said the medics provided the needed treatment to six Palestinians, who were injured by Israeli rubber-coated steel bullets.

Nazzal added that seven other Palestinians suffered the effects of teargas inhalation and received the needed treatment.

The Palestinians were injured during confrontations that took place when soldiers invaded the town and attacked several residents while questioning them and inspecting their ID cards.

Many Palestinians then hurled stones at the armored jeeps, while the soldiers fired live rounds, rubber-coated steel bullets and gas bombs.