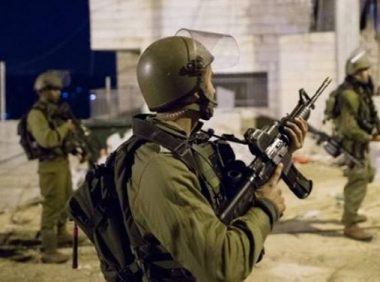 Israeli soldiers abducted, on Tuesday evening, three Palestinians, including two children, at the northern entrance of the West Bank city of Bethlehem, and near Husan village, west of Bethlehem.

The two were abducted after the soldiers used excessive force against dozens of protesters and fired many gas bombs and rubber-coated steel bullets at them.

In addition, the soldiers abducted Malek Daoud Abu Arab, 19, from Battir town, west of Bethlehem, while working at a gas station on the main road leading Husan nearby village.