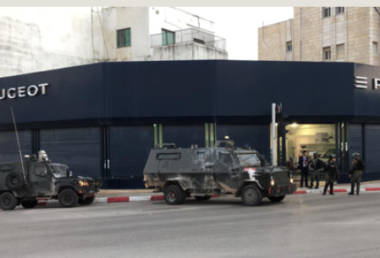 They added that the soldiers shot two young men with live rounds in their lower limbs, and another young man with a rubber-coated steel bullet in his neck.

Many Palestinians suffered the effects of teargas inhalation, and received the needed treatment by local medics, while the three young men were moved to Palestine Medical Complex, and their wounds have been described as mild.