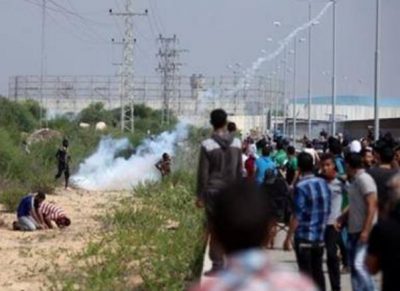 The Palestinians were marching against the ongoing Israeli attacks and violations, when the soldiers, stationed across the border fence, started firing at them.

Medical sources said two Palestinians were shot east of Gaza city, and one was shot east of the al-Boreij refugee camp. The three suffered moderate wounds and were moved to local hospitals.

Medics also provided the needed treatment to many Palestinians who suffered the severe effects of teargas inhalation.