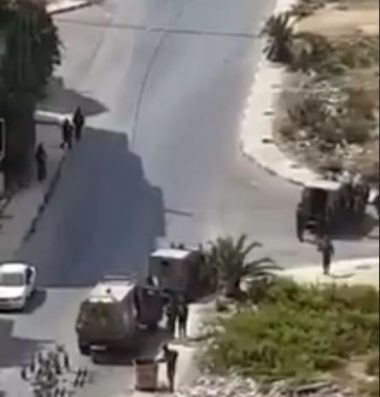 Media sources said that invasion was concentrated in Abu Kweik street, in Um ash-Sharayet, where the soldiers invaded and ransacked residential buildings.

The soldiers then clashed with many Palestinians, and fired dozens of live rounds, rubber-coated steel bullets and gas bombs.

Local medics rushed to the area of clashes and provided the needed treatment to twelve wounded Palestinians, and dozens who suffered the effects of teargas inhalation.