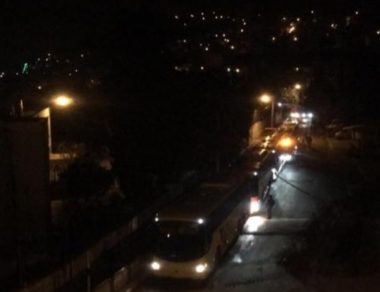 Israeli soldiers invaded, on Wednesday at dawn, the eastern area of Nablus city, in the northern part of the occupied West Bank, and injured twenty Palestinians, during protests that took place after the army accompanied hundreds of illegal colonialist settlers in “Joseph’s Tomb” area.

Medical sources stated that several military jeeps stormed Amman Street and the vicinity of the historic site, and fired gas bombs and rubber-coated steel bullets towards dozens of young men, who protested the invasion.

They added that the army injured 20 Palestinians; four were shot with rubber-coated steel bullets, and 16 suffered the effects of teargas inhalation.

The invasion was carried out by around 2,000 colonialist settlers, and dozens of soldiers in armored vehicles.

Joseph the Patriarch is revered by Jews, Muslims, Christians, and Samaritans alike. The Israeli military allows Jews to visit as part of organized pilgrimages, despite the site’s location in Area A of the occupied West Bank, where the Palestinian Authority has full control, and prohibits Muslims from worshiping at the site.