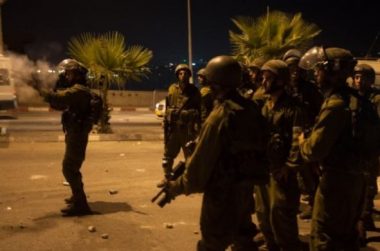 The soldiers invaded the town, before storming into and violently searching Radwan family building.

The soldiers also invaded and searched several homes and detained many young men while interrogating them and investigating their ID cards.

Furthermore, the soldiers took pictures of several homes and buildings in the town.

The army also installed many roadblocks in ‘Azzoun, searched many cars and investigated the ID cards of many Palestinians.