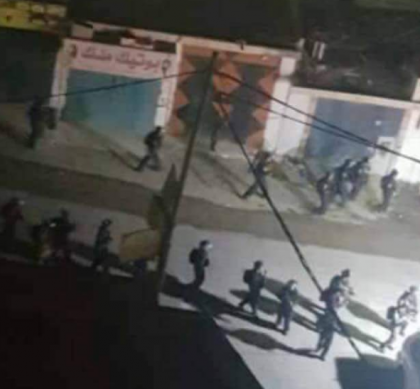 Dozens of Israeli soldiers invaded, on Thursday at dawn, Shu’fat refugee camp, in the center of occupied East Jerusalem in the West Bank, for the second day in a row, searched many homes and abducted at least eighteen Palestinians.

The soldiers stormed the refugee camp, before invading and violently searching dozens of homes, causing excessive damage, in addition to using K9 units during the search.

They destroyed doors, windows, furniture and other types of property during violent searches of both homes and shops and abducted nineteen Palestinians, in addition to summing many for interrogation.

It is worth mentioning that the soldiers abducted, Wednesday, twenty Palestinians during similar dawn invasions into the refugee camp.

The Palestinians who were abducted, on Thursday at dawn, have been identified as: