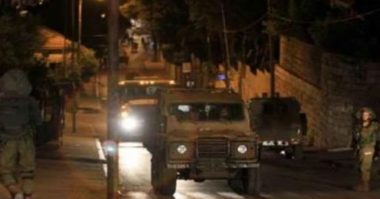 Israeli soldiers invaded, on Wednesday at night, several Palestinian homes in Hebron city, in the southern part of the occupied West Bank, searched many homes and confiscated cash and checks, in addition to firing gas bombs at homes, causing many residents to suffer the effects of teargas inhalation.

Media sources in Hebron said the soldiers invaded many homes, including the home of Anwar Abu Hussein, a senior political leader of Fateh movement, and his brother’s home, in Jabal Abu Romman, in Hebron city, causing excessive property damage.

The soldiers also clashed with local youths, who hurled stones at the invading military vehicles, and fired gas bombs at homes, causing many Palestinians, including children, to suffer the severe effects of teargas inhalation.

Israeli sources said a soldier was mildly injured after being struck by a stone, during the ensuing clashes.