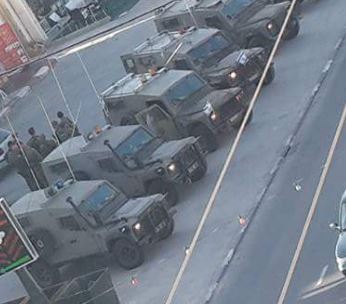 The soldiers also invaded and searched several homes and shops, and were extensively deployed on the town’s main road, before declaring curfew.

In addition, the soldiers opened fire on a number of Palestinian homes, east of the al-Qarara town, northeast of Khan Younis, in the southern part of the Gaza Strip.

On Tuesday at dawn, the soldiers kidnapped two Palestinians in the West Bank districts of Nablus and Tubas, in addition to kidnapping three Palestinians in Hebron, and six in Jerusalem.