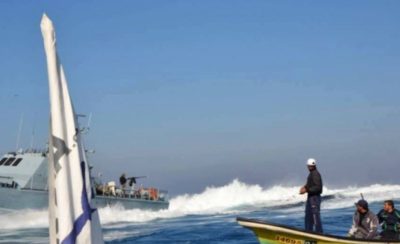 They added that the invasion was carried out in the same area where the Israeli army killed, last Sunday, Mohammad Ali an-Na’em, 27, who was not only shot by the soldiers, but also had his body crushed by a military bulldozer, before it was lifted in the air by its blade before it was swung back and forth in the air.

In addition, Israeli navy ships opened fire, and used water cannons, against Palestinian fishing boats in Khan Younis sea, forcing the fishermen back to the shore without being able to fish and provide for their families.