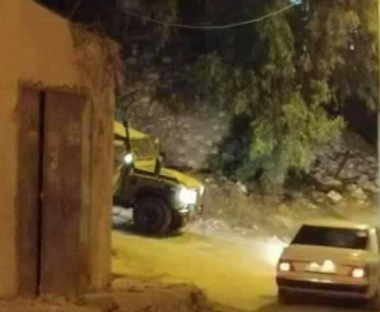 Local youngsters protested the invasion, and hurled stones at the soldiers, who fired many concussion grenades, live rounds, gas bombs and rubber-coated steel bullets; there have been no reports of injuries.

The soldiers also searched many neighborhoods and lands in the town, and later withdrew without abducting any Palestinian.