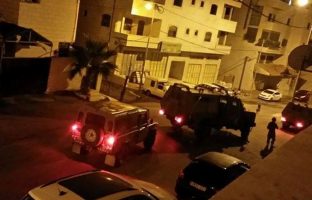 The Palestinian Prisoners Society (PPS) has reported that Israeli soldiers have kidnapped, overnight and on Tuesday at dawn, at least fourteen Palestinians, including several children, in different parts of the occupied West Bank.