Army Kidnaps A Young Man In Hebron; Child Injured After Settlers Attacked Him 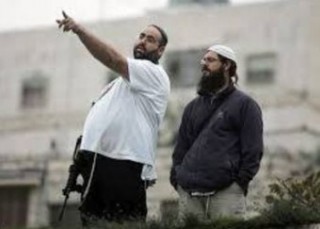 Israeli soldiers kidnapped, on Tuesday, a young Palestinian man in the southern West Bank city of Hebron, while Israeli colonizers attacked and injured a child in the center of the city.

The Palestinian Prisoners Society (PPS) has reported that the soldiers invaded and searched a few homes, and kidnapped one Palestinian, identified as Monjed Akram Rajabi, 20.

On Monday evening, a number of fanatic Israeli colonists assaulted a Palestinian child, identified as Farhat Nader Rajabi, 10, in the Sahla neighborhood in the center of Hebron city.

The child suffered various cuts and bruises, and received the needed treatment in a local clinic.

The soldiers also installed military roadblocks on the main entrances of Sa’ir and Halhoul town, in addition to Hebron’s northern entrance, before stopping and searching dozens of cars, and questioned many Palestinians while inspecting their ID cards.