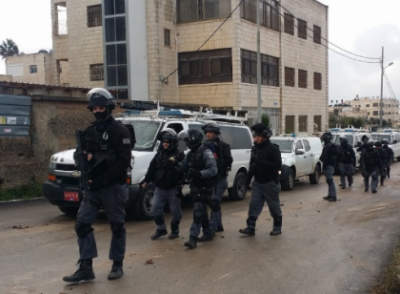 The PPS said the soldiers violently searched several homes in different parts of Jerusalem, and interrogated many young men, before kidnapping fifteen of them.

The PPS added that the soldiers kidnapped a former political prisoner, identified as Khalil Ata Qurea, from his home in Abu Dis town, southeast of Jerusalem.

Another Palestinian, identified as Ali Khaled Oweisat, was kidnapped from his home in Jabal al-Mokabber neighborhood, southeast of Jerusalem.

It is worth mentioning that the soldiers have kidnapped at dawn one Palestinian, in the al-Khader town, south of Bethlehem, two Palestinians in Qabatia town, north of Jenin, seven in Hebron, and five near Ramallah.