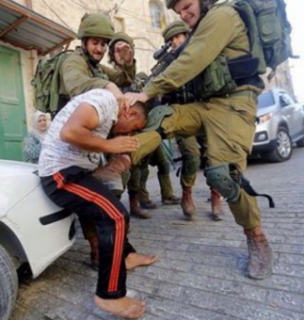 The Hebron office of the Palestinian Prisoners Society (PPS) has reported that Israeli soldiers have kidnapped, on Wednesday at dawn, five Palestinians in Hebron city and the al-Fawwar refugee camp.

It added that the soldiers also invaded al-Fawwar refugee camp, south of Hebron, and kidnapped Abdul-Qader at-Teety, after invading his property and searching it.

The soldiers also invaded and searched many homes in the town, including the home of Mohammad Zeidat, who said that the soldiers stole 51.000 Jordanian Dinars and a kilogram of gold, while searching his property.

In addition, the soldiers invaded the al-Khader town, south of Bethlehem, searched homes and kidnapped one Palestinian.