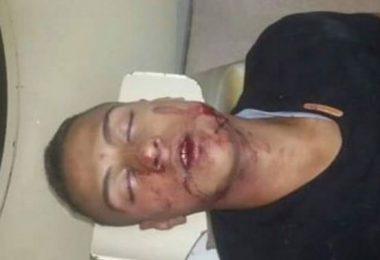 Israeli soldiers, and undercover units, invaded on Friday at dawn the Balata refugee camp, east of the northern West Bank city of Nablus, searched homes, kidnapped two young Palestinian men, and injured one after ramming him with their jeep.

The Nablus office of the Palestinian Prisoners Society (PPS) said the soldiers surrounded the refugee camp before undercover officers infiltrated it and broke into at least two homes, before kidnapping Ata Omar Atallah Issa, 22, and Jihad ‘Oweiss.

The PPS added that the undercover soldiers assaulted Ata’s father, and one of his brothers, while ransacking their property.

Media sources in Nablus said one Palestinian suffered a serious injured after the soldiers rammed him with their military jeep. 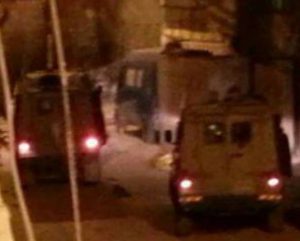 They added that clashes took place in the refugee camp after the army invaded it, and that local youths hurled stones at the army vehicles, while the soldiers fired live rounds, rubber-coated steel bullets, and gas bombs.

Regular army units were stationed in the meadow near the refugee camp, and invaded it to secure the withdrawal of the undercover officers, before heading towards Huwwara military roadblock, south of Nablus.

Late on Thursday at night, the soldiers kidnapped Khaled Hasan Yameen, at the al-Karama border crossing with Jordan, while he was returning home in Jeet village, east of Qalqilia, in the northern part of the West Bank.