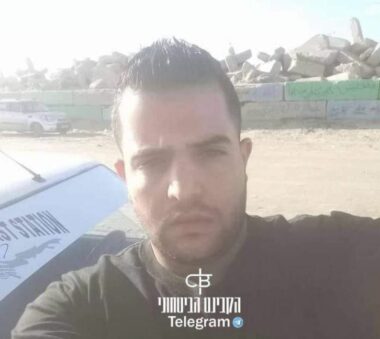 Israeli soldiers killed, on Saturday evening, one Palestinian and injured many others after the army fired a missile at a taxi, north of Gaza city. Media sources said the Israeli war jets fired a missile at a taxi, driving near a gas station, north of Gaza city.

They added that one Palestinian, identified as Sa’id Abu Ghalyoon, 30, was killed and his body was severely mutilated. The slain Palestinian, a father of two children, was a taxi driver.

Earlier Saturday at dawn, the soldiers killed ten Palestinian family members, including a wife and her children, between the ages of six and twelve, and another woman, in the Shati’ refugee camp in Gaza. The slain Palestinians in the bombardment are eight children and two women.