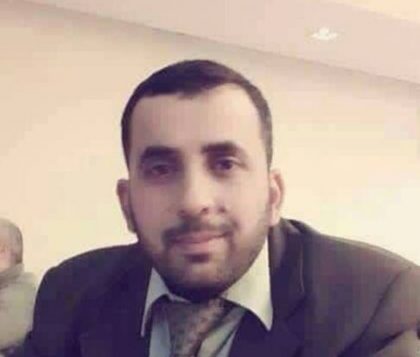 Israeli soldiers shot and killed, on Tuesday evening, a Palestinian driver allegedly after he deliberately rammed three Israeli soldiers with his truck at a military roadblock, installed near the main road of Betunia town, near Ramallah.

After wounding the three soldiers, the Palestinian fled the scene before another military force surrounded his truck, and fired several live rounds at him, through the windshield.

The shooting took place near military roadblock #17, at the main road leading to Betunia town and Ramallah city.

The Palestinian, identified as Ahmad Riyad Shehada, 38, was left bleeding on the ground, without any medical aid, as the soldiers prevented Red Crescent medics from approaching him. Shehada is from Qalandia refugee camp, north of Jerusalem, and lives in Betunia town.

The soldiers later placed him in one of their jeeps and drove away while Israeli ambulances rushed to the scene, and moved the wounded soldiers to a nearby colony, before they were airlifted to hospitals.

Following the incident, the soldiers closed the main road leading to Ramallah city, and all villages and towns west of it, and installed many roadblocks.

The soldiers also fired several gas bombs at Palestinians, and their cars, who were stopped behind the roadblock, causing many to suffer the effects of tear gas inhalation.

Israeli daily Haaretz said the incident took place at the Ein Arik roadblock, and that the one soldier, who suffered a serious injury, was airlifted to Sheba Medical center, while the two other soldiers, with mild injuries, were moved to Hadassah Medical Center.

Eyewitnesses said the Palestinian likely accidentally rammed the soldiers as he was driving his mid-size truck and was surprised when three soldiers appeared in the middle of the road signaling for him to stop.

They added that the Palestinian then got scared and decided to drive away from the scene, but the army intercepted his truck, and killed him.