Army Kills One Palestinian, Injures Two, And Abducts Three Others, In Bethlehem 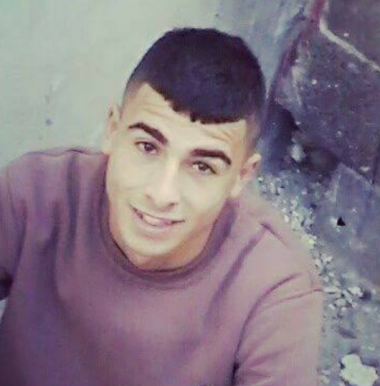 Several armored Israeli military jeeps invaded, on Friday morning, the Deheishe refugee camp, south of Bethlehem in the occupied West Bank, killed two Palestinians injured at least two others, and abducted three, during clashes that took place during the invasion.

Medical sources in Bethlehem said the soldiers shot Bara’ Ismael Hamamda, 18, with a live round in the chest, inflicting a very serious injury.

Palestinian medics rushed the seriously wounded Palestinian to a local hospital, but he succumbed to his wounds while the doctors were trying to save his life.

At least two other Palestinians were shot by Israeli army fire, while the soldiers also invaded and ransacked many homes, and abducted three Palestinians; two of them have been identified as Mohammad Khaled Obeid and Moath Abu Nassar.

Furthermore, the soldiers invaded and searched many homes of Kufur Ra’ey town, southwest of the northern West Bank city of Jenin, and abducted Bilal Nabil Thiab, 33, after violently interrogating him and his family.

It is worth mentioning that Thiab is a former political prisoner, who was released two years ago, after he held a hunger strike for 87 consecutive days, protesting being held under arbitrary Administrative Detention orders, without charges or trial since 2012. His brother, Azzam, is a political prisoner, serving a life sentence.