Army on High Alert ahead of Great Return March 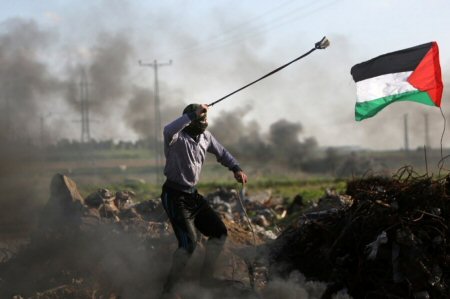 Israeli newspaper Maariv published, on Monday morning, a report on the preparation of the Israeli army and the security establishment to confront the Great March of Return, which is slated to be held on March 30, along the eastern border with Gaza.

The newspaper reported that the army will be on high alert and will deploy several battalions with groups of snipers along the border fence, so as to prevent any breakthrough in the Israeli sovereignty and to curb Palestinian protesters from approaching the fence.

The situation in the Gaza Strip is worsening ahead of this march, while the military wing of Hamas movement, Izz al Din al-Qassam Brigades, has carried out large-scale military maneuvers, which might be connected with the march, according to the newspaper.

It indicated that these maneuvers involved training on attacking Israeli tanks and military vehicles, kidnapping soldiers, and launching rockets in public.

Maariv’s report also noted, according to Al Ray, that Hamas has recently been preparing for the Great Return March, where it placed earthen berms at a distance of 700 meters from the border, to protect protesters from the gunfire of the Israeli army.

Adding to this, the newspaper revealed that the Israeli security establishment has warned against a scenario that hundreds of protesters may break through the fence, which could lead to a new round of escalation in the border areas, indicating that the army is gearing up for such a scenario and for events more hazardous than this.

The report pointed out that the Israeli cabinet discussed, yesterday, the conditions of the Gaza Strip, the Great Return March, and the possibility of erupting a new round of escalation in the Gaza Strip and the West Bank. They reviewed the preparations of the Israeli army and the security establishment in accordance with these expectations.