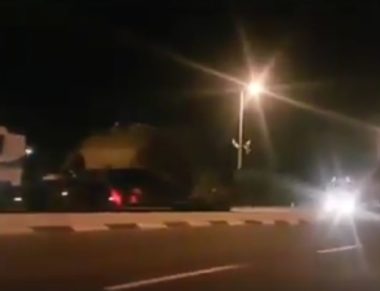 Just a few hours after the Israeli Ministerial Cabinet for “Security and Military Affairs” decided to expand the military offensive on the Gaza Strip, the Israeli army send more thanks to the border areas with the besieged coastal region.

Update: A Palestinian official said that Egypt has mediated a ceasefire deal which will begin to take effects Monday ay dawn. Israel is yet to confirm. Updates will follow

The Cabinet said in a statement that it has decided to expand the offensive, and instructed the military to continue the strikes and bombings, in addition to preparing for the next phase of the offensive, which might include a ground invasion.

Ismael Haniyya, the political leader of Hamas movement, said the movement is not interested in war or escalation with Israel, but is ready for any development or escalation.

Haniyya said the state of calm can resume if Israel stops bombing the Gaza Strip, and starts implementing all understandings that assure a dignified life of the Palestinians in the besieged and improvised coastal region.

It is worth mentioning that, according to a report by the Israeli Ynet News, the Israeli Security Cabinet convened for a five-hour meeting Sunday, but did not discuss a ceasefire sought by Hamas twice.

It added that the Cabinet concluded that “it must send a message to Hamas that Israel’s security is above all considerations, which meant sending a massage that the fighting will continue even at the expense of ruining upcoming Israeli events such as “Independence Day” and Eurovision song context” which will be held in Tel Aviv next week.

While the Israeli army and the political leadership in Tel Aviv continue to talk about “striking Hamas” and other armed resistance groups in Gaza, and “sending a message to Hamas,” the Israeli missiles continue to strike Palestinian homes, apartment buildings, and other civilian structures, in addition to a few sites run by Hamas or other armed resistance groups in Gaza.

Besides around four fighters killed by the Israeli missiles and shells, the casualties in the Gaza Strip are civilians.

It is worth mentioning that both Hamas and the Islamic Jihad published videos of their latest home-made rockets, and their capabilities to reach further than ever before, and sent a message to Israel that any escalation against Gaza means that Tel Aviv as well as several other cities are within range.