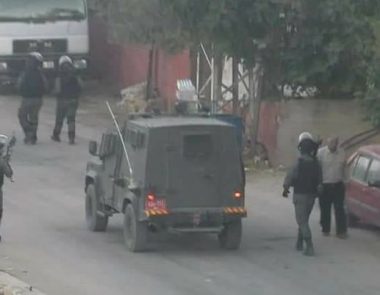 Israeli occupation forces, today, sealed the main entrance to the town of Beit Ummar, to the north of Hebron, according to witnesses.

The army shut , with a metal gate, the entrance to the town, forcing Palestinians to use longer routes to enter or exit the village.

Human rights group have long condemned Israel for imposing restrictions on the movement of Palestinians in the West Bank, describing the restrictions as the main tool which Israel uses to enforce its policy of occupation and control over the Palestinian population.

Army Abducts Two Palestinians, Including A Journalist, In Nablus

Soldiers Assault A Palestinian Child Hours After His Release From Prison